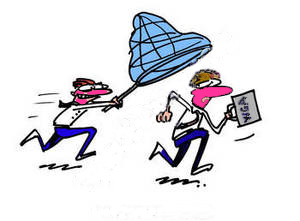 Beware: The content of postings on Complaints Board are a lure for payment of blackmail!

Offensive Website: The supposed consumer website "Complaints Board" is a shameful site which takes no action to validate claims made by anonymous posters, and allows malicious and untruthful allegations to be made by anybody against any company at any time, and without redress. Requests for the removal of malicious postings are ignored and the target of the malicious attacks are simply told to contact the person who has made the attack through their own internal routing email service. What good is that when the poster is using an anonymous email identity?
The Complaints Board  website is run out of Riga, Latvia. The owner and registrant is a company called "Mediolex Ltd" and the registrant contact is Mr Dzianis Beltyukov, who is also the administrative contact. A Mr Mark Shchultz is or was a co-owner. Interestingly, Beltykov's contact details are a convenient Gmail address (editor.complaintsboard@gmail.com) rather than an identifiable genuine corporate or company domain email address. Hiding from possible legal action? We also discovered that the domain name was available for sale for $980 - why?

Conveniently of course there is another web service which then emails companies who have been attacked on the Complaints Board and offers a removal service - at a cost of course. Are the two outfits connected?

Not only that, but Complaints Board editor himself, in response to a request to remove a malicious posting, wrote back to the target of the attack and said, and this is a direct pasted quote:
"The above mentioned post is not in violation with our terms, thus it can be removed by the request of the user only. If you don't wish to contact or can't reach an agreement with the user, we can make an exception - investigate the complaint, contact the complainant ourselves and help to resolve the issue, but these are paid services"

This certainly appears to be a self-serving racket. Therefore, the credibility of the site and any postings therein should never be taken seriously. It is just another cleverly disguised form of blackmail.

Further, Complaints Board has been the subject of litigation in Arizona brought by the owners of The Ripoff Report, another consumer "watchdog" site. On reading the case file, click here, it's clear that this Complaints Board is a copy and paste website, and it's not difficult to presume from their behaviour that this is where they begin to harvest targets for potential posting removal fees - ie, let's call a spade a spade - blackmail.

And there's much more here about similar blackmail attempts made by Complaints Board to extort money to remove content. Beltyukov and Schultz are nothing but a couple of scammers themselves. It is also alleged that their website uses malware to insert its own spyware into your PC. Here's another page everyone should read.
________________________________________________________________________________
Wikifrauds has big win in NSW Supreme Court.
Jan 25, 2012.
To all those scammers we have exposed, and to our readership in general, we are pleased to report that one villain who thought he was big enough and wealthy enough to take us on, has just had his statement of claim against us struck out, and the interim injunction he was earlier granted has been dissolved.

People or companies who have been named by Wikifrauds  should be aware that we publish for good reason. We don't just suddenly decide to write an expose` for no good reason. We generally act on requests from readers, and only then after we are satisfied with the facts and or have coroborating evidence from other victims.
There is another such similar matter currenlty before the Federal Court. We are not allowed to name this case or anyone involved, but these people, should they be reading this page, ought to know that their fate will ultimately be the same as Mahon's. We deal in facts, and facts alone. And in the end, the facts will always speak for themselves. And we have facts a plenty on this one which we are yet to disclose, including the intimidation of witnesses and perjury for payment.

So for those who think we are just some fly-by-night gossip mongering crusaders, better think again. We take fraud seriously, we publish only the facts and the truth, and we stand by everything we publish.