MAHON FAILS: This page was previously banned by a temporary injunction obtained by Neville Mahon in December 2011.  Wikifrauds vigouously defended the matter in the NSW Supreme Court, and the injunction has been dissolved  by Supreme Court Justice McCallum J today, January 25, 2013.

More on this battle with Mahon will follow in the next few days.


Warning!  People who might be considering dealings with Neville Mahon of New Zealand, and any of his Denarau Companies should read this carefully.
This includes various bankers and funders with current interests in Mahon's affairs, particularly those parties now apparently involved with Mahon's latest manoevres. 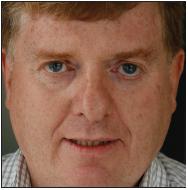 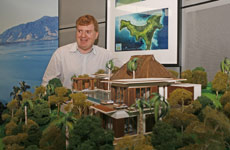 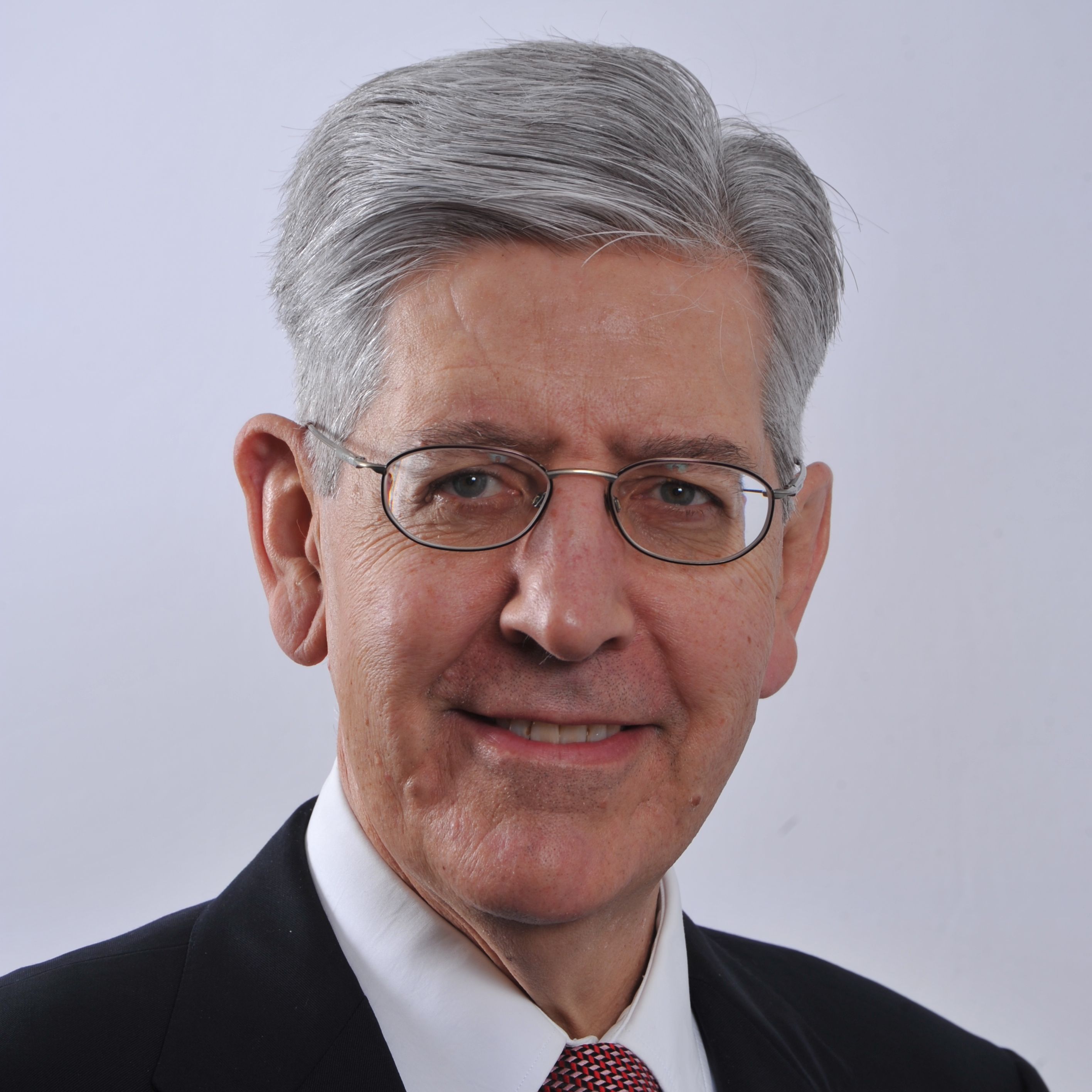 Neville Christopher Mahon and his companies:
and. . .The cast of this Shakespearian fiasco:


Produced and Directed by Neville Mahon . . . The Bad Guy.
Screenplay by Gregory Shanahan

The plot in a nutshell. . . (spread over two or three years)
The end of this tragedy is yet to be written.
And the ending will include the parts played some of the corrupt cast and the collusion that has taken place to this point, including allegations of attempted bribery by certain Fiji lawyers and under the table deals within the banking industry. This play could well end up being a two hour TV mini-series.

Now, under the cover of Haden and former Fisher and Paykel CEO John Bongard's names, Mahon has issued what is nothing more than an ultimatum to villa owners to accept a whole new deal. They are all expected to just simply sign up for a 30 - 35% share of rental income or else! The original agreement is 50% of income, but given the mess created by Mahon and the receivers of DIL, Korda Mentha, the villa owners have not received any payments for over two years except for a payment for Q3 2011, and that was arbitrarily trimmed back to 35% with no explanation or prior consultation. And all this is happening with the knowledge and presumably prior aproval of Hilton Hotels and their Australian-based regional manager, Ashly Spencer. It could not have hapened without their input.

The ultimatum email is pasted below. Not a word has been changed by Wikifrauds:

What gives Haden and Bongard the right to purport to act for the villa owners or for Vision Group? These two people have no legal standing whatsoever other than as villa owners themselves. They are obviously friends of Mahon, who is known for his back-door deals, or why would they support some deal which would see their own rent return diminish unless they are receiving some other benefits? Haden the cheat, and Bongard, who presided over the Fisher and Paykel debacle, have a lot of explaining to do. Just what is their deal with Mahon? There has to be one, or they would be fighting for their rights themselves instead of doing Mahon's bidding. Maybe they obtained their villas in some other way and didn't pay for them. Maybe the NZ tax authorities should be looking at them also. These two, regardless of their fame or infamy, should not be listened to. This ultimatum from Mahon and Vision Group, designed to be credible by using Haden and Bongard, is a bluff. Mahon hopes that the villa owners capitulate and sign a new agreement. They have a perfectly legal agreement in place right now and no amount of bluff and bullying by Mahon and Vision Group can change that. The villa owners should stand up and be counted, or otherwise their investment will become untenable, and devalued further. In fact, we think that this is part of Mahon's long term strategy - drive out the villa owners and buyback the villas one by one at hugely discounted figures, until he owns the lot. Then he will in all probability turn on Vision Group an oust them.

Nothwithstanding this ultimatum being what it is, it also contains a complete fabrication relating to Graeme Knott. Mr Knott wanted to have the villa owners combine into a group to manage the resort, which makes total sense. A proposal was put forward for such a group to buy the secutities subsequently sold to Mahon. This would have prevented the financial rape of villa owners from continuing as it appears it now will.

Nov 9, 2011:  The villain is now back in the driver's seat. The back door deal with BOS, Vision Group, Hilton Hotels and Mahon's MBH sees Mahon once again in charge of the cash inflows and in a position to further pillage the villa owners. The deal is done and settled - for the time being at least. But there is still a long way to go before this play's final curtain call.

Nov 2, 2011: The villain enters the stage by the back door. Typical of the most callous looter, Mahon has re-entered the financial wreckage of the Fiji Hilton this week in a backdoor move facilitated and settled by Westpac Australia. The deal was brokered by Gleneagles Securities, and saw Vision Group take out the Strategic Nominees debenture over Mahon's Denarau Investments Limited for less than half of its face value. The deal involved an under-the-table payment of some $2M to BOSI by Vision. Vision's partner in the deal is none other than our villain Mahon himself under another of his entities, MBH, the Virgin Islands company in which Mahon's shares are held in trust by Mr Chan Dantley of Hong Kong. Mahon will deny any interest in MBH, but, like most fraudsters, he has slipped-up on detail and control, and we now have conclusive PROOF that he is clearly pulling the strings via his co-producer, lawyer Greg Shanahan.

The prize: Our looter will once again be in charge of distributing the lucrative income of the resort to suit himself, and more importantly, he will seize the $8 million plus held in a frozen account which rightly belongs to the villa owners as their share of the rent. We understand both Westpac and Vision were warned of this prior to settlement. Meantime, villa owners, many of whom have mortgages to Westpac Fiji, are watching their assets devalue by the minute, and are not receiving rental income while Hilton Hotels continue to use their villas! And the government of Fiji, aware of the problem, is doing nothing. Sensible investors should think carefully about ever investing in Fiji, or for that matter, any development in which Hilton is involved. Clearly the Prime Minister of Fiji has failed to mop up corruption as promised, and Hilton Hotels don't give a damn about owner's rights as long as they get their slice of the pie first.

Wikifrauds will be publishing more details of this amazing play and showing the important and critical roles played by each member of the cast, including a considerable number of extras. All jokes aside, there is a serious matter of injustice and an ongoing fraud that has been brought to our attention. We intend to publish all of this in an effort to gain justice for the current villa owners who are being robbed of their contracted returns by an orchestrated manipulation by Mahon, right under the noses of the Hilton Hotel Group and Denarau Investments receivers, Korda Mentha. We have now published a legal opinion obtained by the villa owners group, which in itself highlights numerous breaches of contract by Mahon, who is now trying to buy back in through the backdoor. What's more, a well known Australian bank is stumping up the funding in a buyout of a well known Scottish bank's debt over the failed development. And the receivers apointed by this bank have been left out of the deal - or so it appears.

More to come in the next day or so, meantime, a legal opinion from  Lowndes Jordan lawyers obtained by the Villa owners, who are also wrongly being left out of a deal due to be settled this coming Thursday, October 27. This opinion is quite clear that our bad guy had been in breach of agreement prior to his companies failing. See paragraphs 42.1 onwards.

We will continue expanding this page over the next few days. In the meantime, any of the role-players listed above should take notice that any continued support by any of them to Neville Mahon or any of his associated companies, will be exposed in full. The man is totally unscupulous and needs to be stopped.

Notice to interested parties:
Neville Mahon, Greg Shanahan, or any other parties feeling aggrieved by this publication may contact us and we will happily advise them of contact details of our lawyers.